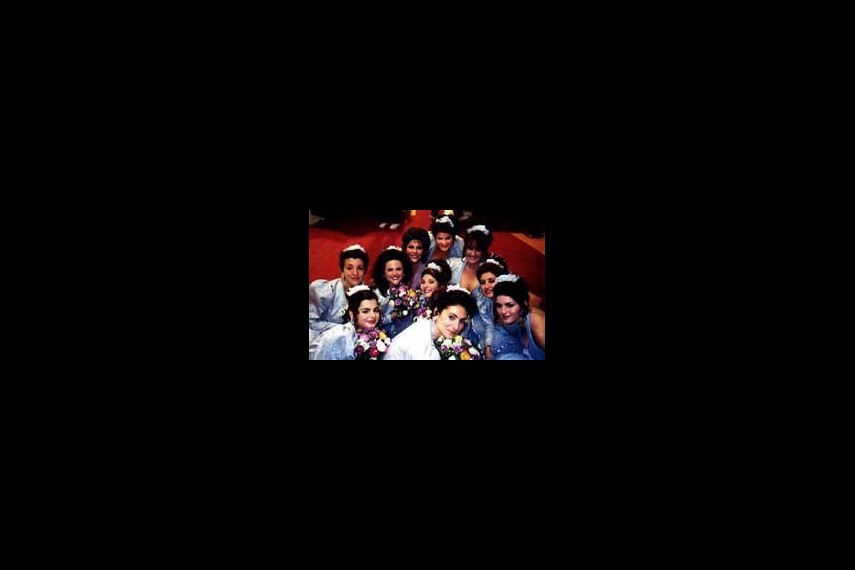 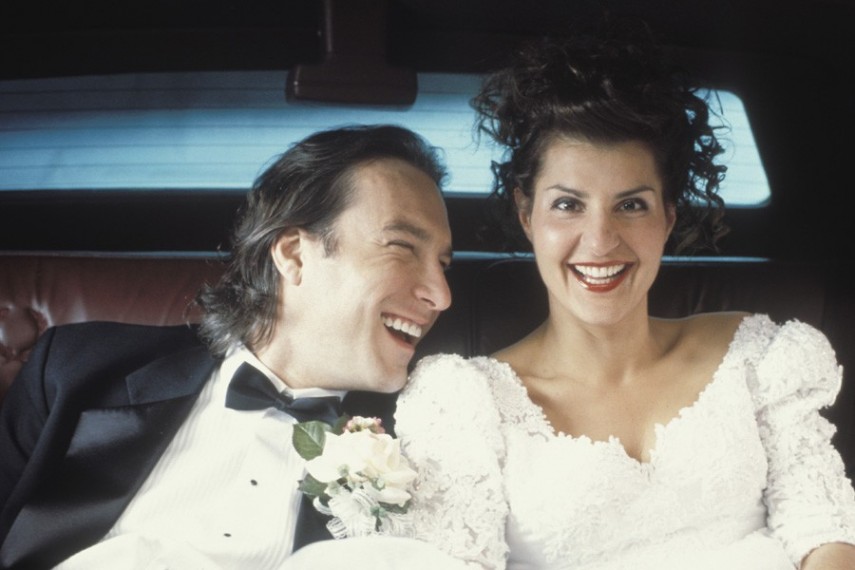 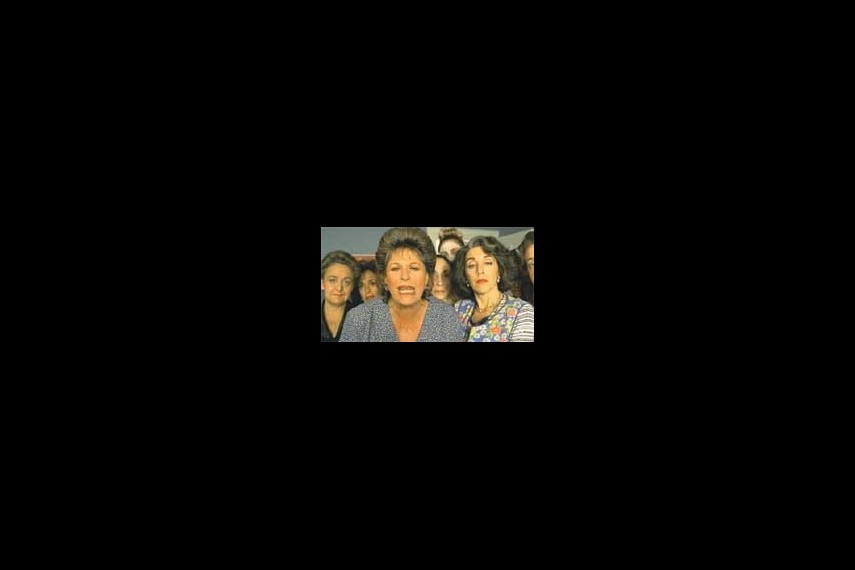 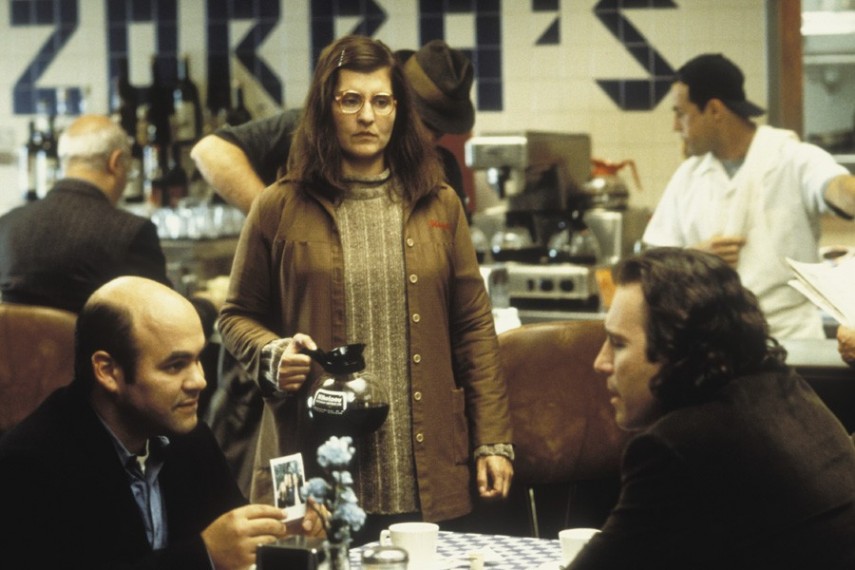 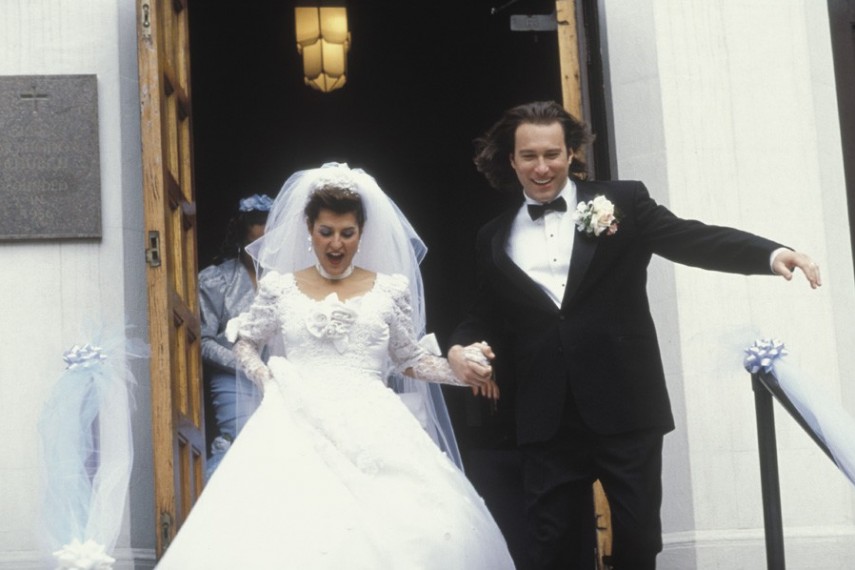 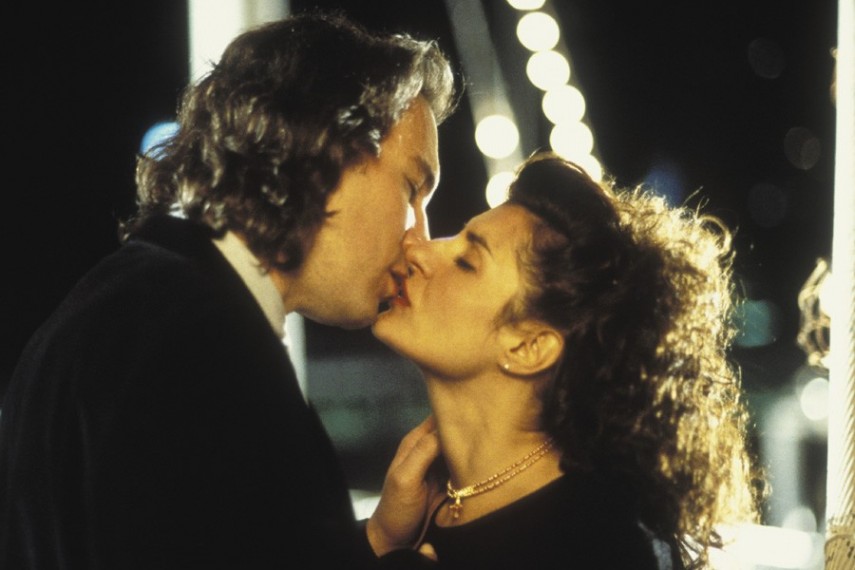 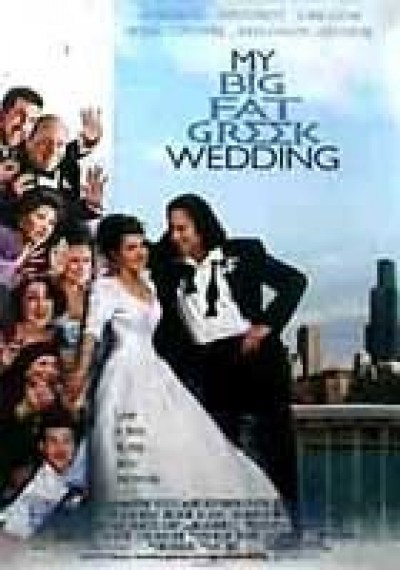 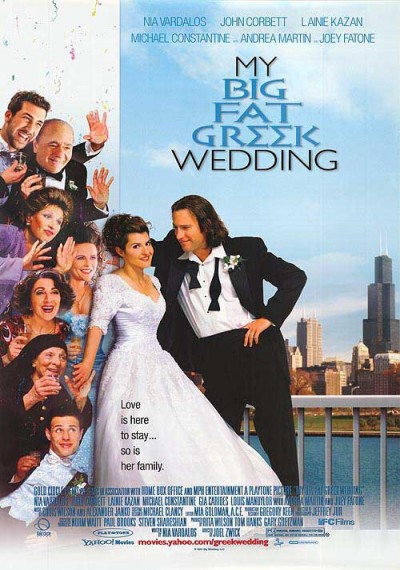 Everyone in the Portokalos family worries about Toula (NIA VARDALOS). Still unmarried at 30-years-old, she works at Dancing Zorba's, the Greek restaurant owned by her parents, Gus (MICHAEL CONSTANTINE) and Maria (LAINIE KAZAN) and smells like garlic bread.

Her days are drab and dull, just like her hair, her clothes, and her attitude. Toula listens quietly as her family tsk-tsks about her sad situation. She refuses offers by her father to send her to Greece to find a husband. It's like she doesn't want to get married. The very thought sends her relatives into a mad fit of genuflection. Still, Toula wishes for something more, something for herself. Just when she's wishing she were braver, or prettier, she locks eyes on a tall, handsome stranger, in the family restaurant and she freezes, like one of the Greek statues that line the front of the family's house. The handsome stranger barely notices her. Toula is ready for a change. Unfortunately, the rest of her family is not. She devises a plan to sign up for a computer class despite her father's old-world objections ('Why does she need college? She's smart enough for a girl!'). It's no shocker that he's out of touch, though. He thinks of Windex as a miracle cure-all and that kimonos were invented by the Greeks, along with philosophy and astronomy.

A few computer classes, some contact lenses and a new attitude are all the jump-start Toula's life needs. She takes a job at her aunt's travel agency, where this time, the handsome stranger locks eyes on the transformed Toula. He is Ian Miller (JOHN CORBETT), a high school teacher who is tall, handsome and definitely not Greek.

In no time, he's asked her out on a date and soon they are falling in love. But Toula isn't sure which will be more upsetting to her old-fashioned father, that Ian is a Xeno (foreigner) or that he's a vegetarian. But none of it matters once he asks her to marry him. The two still stand a fighting chance of being happy if Ian's country club parents can get along with Toula's parents, aunts, uncles, grandma and her twenty-seven first cousins. And according to Aunt Voula, since, 'He don't eat no meat? It's alright, I'll make lamb.' Toula knows that if Ian can pass muster with her crazy relatives and get baptized in the Greek Orthodox Church?their big fat Greek wedding, including one powder blue limousine, two ice sculptures and ten bridesmaids in turquoise dresses, will be a piece of cake, five layers high with a plastic staircase and a fountain of champagne. 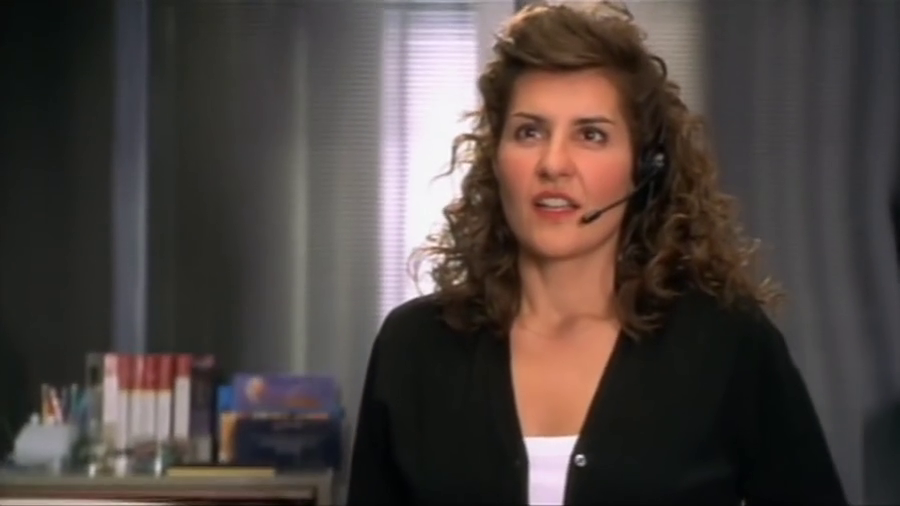 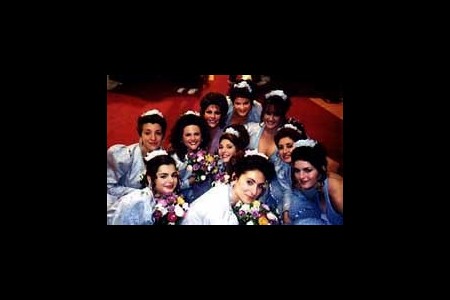 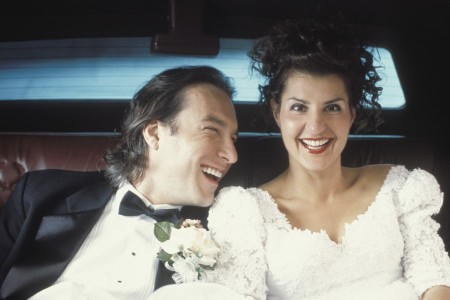 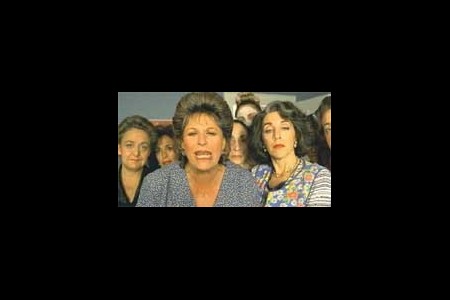 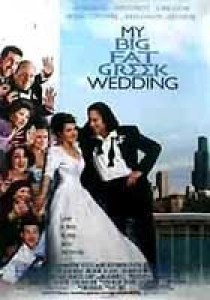 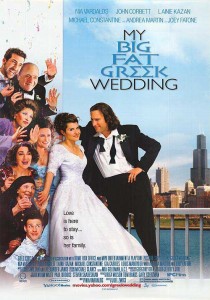 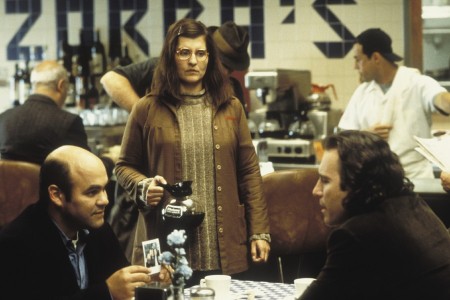 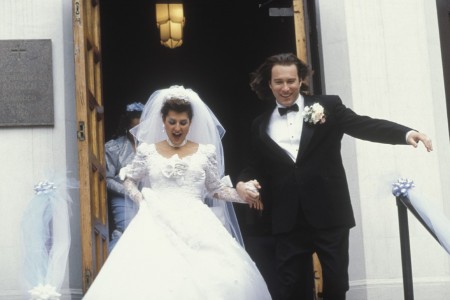 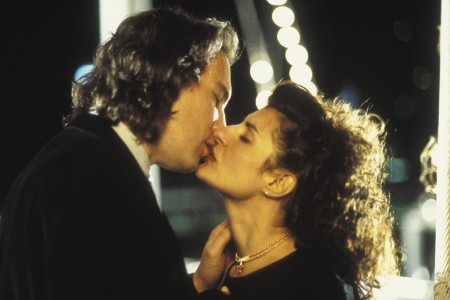